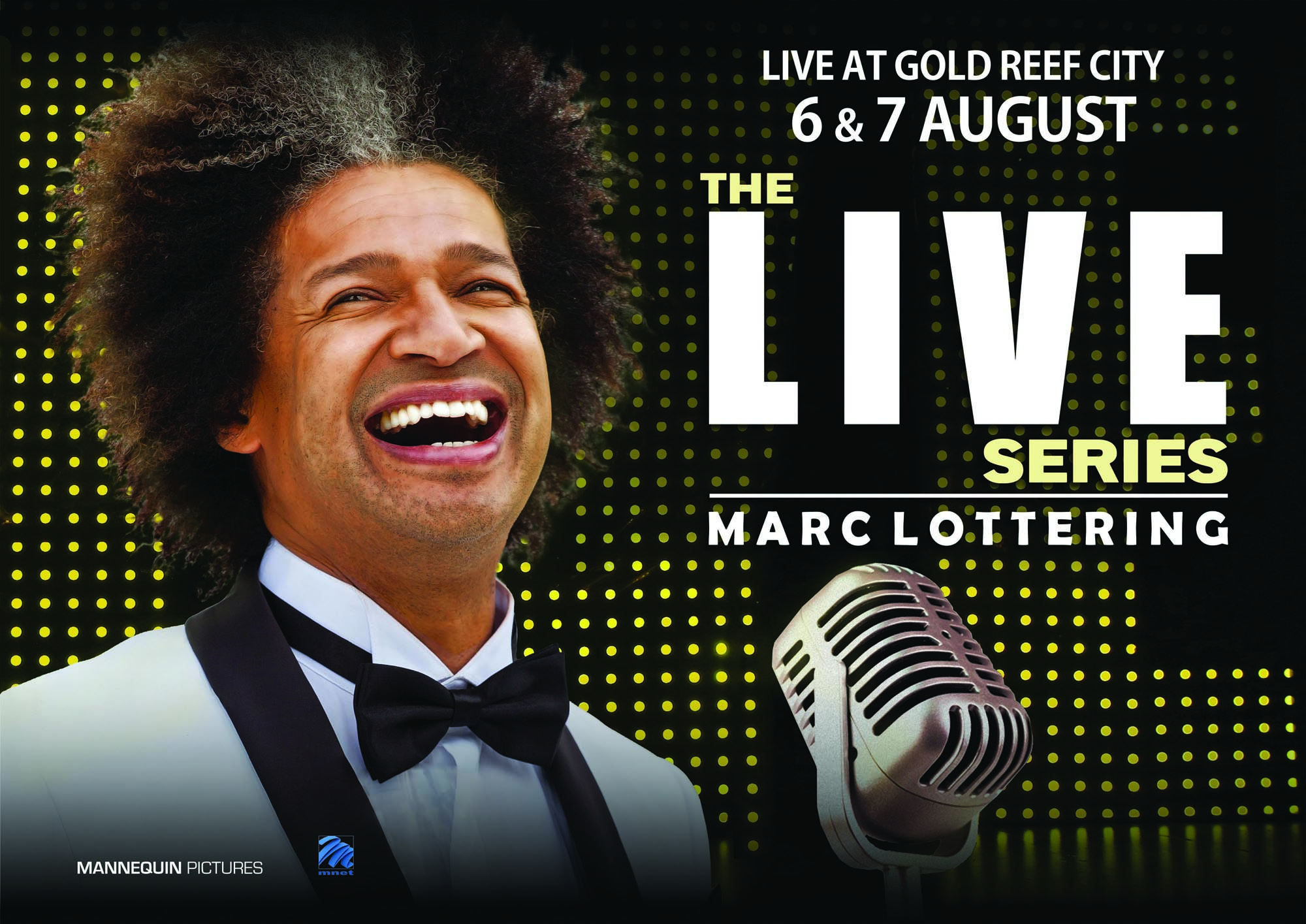 Posted at 10:31h in News by Mannequin Pictures 0 Comments
0 Likes

The Live Series is an exclusive comedy special produced by the award winning production company Mannequin Pictures. In the second part of this series, we present top South African comedian Marc Lottering- filmed live at The Lyric Theatre in Gold Reef City.

Expect pure gold from this Capetonian comedian, as he welcomes you into his world of interests and quirks.

This hour and a half special happens on the 6th and 7th of August. Doors open at 8PM and the show will be recorded for Mnet to be featured exclusively on Box Office.

Don’t miss out on the opportunity to be a part of a live audience!

Tickets are available at Computicket for R150pp.